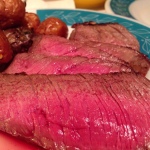 Will food additives and cosmetic ingredients be safer this year?

In my first book  Poisons in Your Food  published by Crown in 1969 and in my second book, the First Edition of A Consumer’s Dictionary of Food Additives in 1989 I pointed out  antibiotics were added to  feed and hormones were given to animals—to increase weight per pound. The Food Additives book is now in its Seventh Revised Edition and these additives are still being used in 2014. Currently, up to 70 percent of the antibiotics sold in the United States are given to healthy food animals, according to Pew Charitable Trusts, a nonprofit think tank.

The FDA has made an effort since the1970s to try and get antibiotics out of animal feed because  reports of antibiotic resistance in human patients are believed to be largely due to antibiotic- laced animals.

In 1988, the European Community put a ban on the import of US beef because of the use of hormones in beef and poultry. The environmentalists reported these additives given for promotion of growth potentially enhance the development of certain cancers; affect male fertility, interfere with some genes and cause other problems in humans. Hormones are still being used in cattle, chickens, turkeys, pigs, lambs, and goats.

Will the promise of stricter control of the use of antibiotics and hormones use be fulfilled in 2014?

U.S. Rep. Louise Slaughter (D-N.Y.), is the primary author of the “Preservation of Antibiotics for Medical Treatment Act” (H.R. 965), which seeks to ban the use in livestock and poultry production of several classes of antibiotics employed for preventing and controlling diseases and for promoting “nutritional efficiency”.  Introduced in 2011, it has been shuffled off  to other committees and has not been enacted.

“We need to be selective about the drugs we use in animals and when we use them,” says William Flynn, DVM, MS, deputy director for science policy at FDA’s Center for Veterinary Medicine (CVM). “Antimicrobial resistance may not be completely preventable, but we need to do what we can to slow it down.

“FDA is issuing a final guidance document that explains how animal pharmaceutical companies can work with the agency to voluntarily remove growth enhancement and feed efficiency indications from the approved uses of their medically important antimicrobial drug products, and move the therapeutic uses of these products from over-the-counter (OTC) availability to marketing status requiring veterinary oversight.”

What are the promises for cosmetic safety?

In the First Edition of A Consumer’s Dictionary of Cosmetic Ingredients also published by Crown in 1984 and now in its Seventh Revised Edition, I pointed out that cosmetics were not subject to oversight by the FDA: That is still true today and even a little more unregulated because the companies may now inform the FDA their product is Generally Recognized As Safe (GRAS).

Rep. Janice D Schakowsky. [D-IL-9] introduced the Safe Cosmetics and Personal Care Products Act of 2013 which Amends the Federal Food, Drug, and Cosmetic Act to provide for the regulation of cosmetics by the Secretary of Health and Human Services (HHS).The bill Requires any brand owner engaged in bringing a cosmetic to market for use in the United States to register annually and pay a fee for oversight and enforcement of this Act.

It Requires the Secretary to:

Enactment of legislation sponsored by Rep. Schakowsky and 23 other sponsors would be great but it was sent to another committee and no action has been taken.

The only way new legislation will be enacted and enforced is if you, as a consumer, vote with your money. If you don’t buy products with unwanted additives, manufacturers will comply with your wishes. You already see “antibiotic free” or “hormone free” on some meat and poultry packages in grocery stores. From the farmers to the store executives,all want to market their products to you.

And that’s a promise!