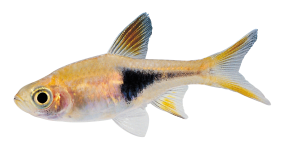 Take a bite of fish and you may swallow plastic micro-beads used in your anti-aging cosmetics, body washes, soaps,toothpastes, pillows, clothes and other products.

There is alarm among environmentalists because micro-beads are being flushed down the drain and they are eternal.

The International Pellet Watch, led by Professor Shige Takada at the University of Tokyo, is conducting research to this effect. Takada’s research indicates that persistent organic pollutants (POPs) found in marine animals such as sea birds, fish, and sea turtles tissues are ingested in their food. .

When these sea creatures eat plastic, it can seriously injure or kill them by blocking their esophagus or breathing tube or inducing a bogus satiation of hunger.

The surface of micro-plastics, furthermore, has been proven to attract and absorb persistent organic pollutants (POPs) such as PCBs and DDT from the marine environment. PCBs (polychlorinated biphenyls) were widely used in the 1930s for their electrical and insulating abilities. They were banned in1978 because of potential adverse effects such as cancer. on humans in 1930. The University of Maryland reported in 1998 children exposed to PCBs pre-nasally and in childhood suffered memory and learning disorders but the neurological results were not repeated elsewhere. PCBs and the pesticide DDT, although banned in the United States years ago, still remain in our waters.

Sea life may ingest or wear the micro beads on their skins as well as hidden in their bodies. When we eat sushi or calamari do we swallow the bitty plastics beads?

The worrisome micro-beads beads are made of polyethylene.

In my Dictionary of Food Additives and my Dictionary of Cosmetic Ingredients, I noted for years polyethylene, a derivative of petroleum or dehydrated alcohol, has no known affect on the skin but implants of large doses in rats caused cancer and ingestion of oral doses produced kidney and liver damage.

.CBD and other scientists hypothesize that over time, POPs will start accumulating in the food chain, transferring from species to species, with consequences ultimately for humans. Therefore, doesn’t it make sense to protect our waters and wildlife from the hazards of plastic beads?

New Jersey, has already passed a law against manufacturers using micro beads and other states are also trying to legislate them out of the water,

In  Congress,  Rep. Franke Pallone (D-NJ) introduced  H.R.4895 – Micro-bead-Free Waters Act of 2014 amending  The Federal Food, Drug, and Cosmetic Act to prohibit— beginning January 1, 2018— the distribution of  cosmetics  containing synthetic plastic micro-beads.. The bill was referred to the limbo land of a senate committee. . Sen. Kirsten Gillibrand (D-NY) introduced a similar bill which died after the mid-term elections. She re-introduced her bill, S. 2902, in September 2014. It has not been enacted.

Cheers for the Cosmetic Industry

The trade organization, The Cosmetic, Toiletry and Perfumery Association, has said the environmental impact of micro-beads “may be over blown.” Some of their most powerful members, however, have been taking action against the bitty pieces of plastics in cosmetics:  Procter Gamble, Unilever, Estee Lauder, Clarins and Revlon all have pledged no longer to use the beads beginning in 2017-2019. The future desist date is presumably after the products containing the micro- beads now on the market have been sold.

What about Micro-beads in Toothpaste?

In a statement, Procter and Gamble, which has included micro-beads in some types of Crest toothpaste, says the FDA has not said tooth paste is a health risk but never-the-less P&G is planning to remove the ingredient within the next year and a half.

Since the beads-are not considered active ingredients in toothpaste, the FDA has not been monitoring the additive.

Jeff Ventura, an FDA spokesman, explains: “For over-the-counter, (OTC) monograph drug products such as Crest toothpaste, manufacturers have the responsibility to ensure that all inactive ingredients are safe and suitable for their intended use.  If a product’s inactive ingredients are determined by the agency to pose a health risk for consumers, the agency may have the manufacturer address the issue, or take other appropriate enforcement actions. FDA is not immediately aware of any safety issues with this product.”

For its part, the American Dental Association said in a statement that it sees no harm in the micro-beads.

As for claims that the FDA has approved polyethylene’s use as an additive in foods, which would mean it’s OK to add it to toothpaste, the FDA answered that conclusion by saying: “The FDA, for its part, says it has never approved micro-beads to be put in toothpaste, which it considers to be an over-the-counter drug. Polyethylene is allowed to come in contact with food, but there has been no ruling saying it is safe to consumers…By definition, food additives are for their intended use in food,” Venturaadded. “Toothpaste is regulated as a drug product and is not considered a food.”

Are Micro-beads in Food?

Polyethylene is approved by the FDA for certain uses on or in food. It is applied as a protective coating on some fresh fruits and vegetables (

such as bananas), nuts in shells and to encapsulate some flavoring particles to keep them away from moisture. Food contact substance applications for polyethylene include: plastic wraps, bags and food containers.”

Some Other Uses For Micro-beads

The environmentalists against micro-beads have a big job ahead of them even though the cosmetic manufacturers are cooperating.  While not being flushed down the drain as much as beauty products, there are other uses of the minute plastic beads that may be problematic. For example:

It makes sense that pharmaceutical laboratories are trying to develop biodegradable beads for the cosmetic and fabric industries. Of course, the cosmetic industry scientists are also hard at work trying to reformulate the products. Still, for a long time, we and the fish will be ingesting those plastic, indestructible micro- beads.

The Center for Biological Diversity Petition For Water Quality Criteria For Plastic Pollution Under The Clean Water Act, 1314 33 U.S.C. §, August 22, 2012 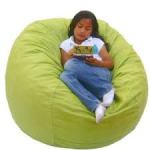