Do you know we humans can follow the scent almost as well as our dogs? 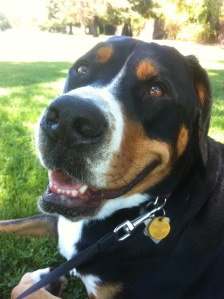 The British, those great pet lovers, were tuned into the BBC which presented the story of a woman, Joy Milne, who claimed she could smell Parkinson’s disease. She was the widow of a Parkinson’s patient. Her husband suffered the progressive disease for 20 years which affected his nervous system and bodily movements.

Was it really true?

Edinburgh University researchers enlisted six people with Parkinson’s and six people without. They gave T-shirts to them all for one day and then collected the shirts and put them in a bag.  Tilo Kunath, one of the members of the team from the school of biological science at Edinburg University told the BBC  Milne’s accuracy in detecting which participants had the disease and which didn’t was 11 out of 12. Milne was adamant that the man in the control group did have Parkinson’s disease. The Edinburgh researchers said he didn’t but eight months later, the man was diagnosed with Parkinson’s disease. http://news.sky.com/story/1573902/woman’s-super-smell-raises-parkinsons-hope

In my Smell Book published years ago by Lippincott Company, I cited the case of a society matron, who wished to remain anonymous. She could report who last slept in a newly laundered pillow case and was able to match coats in a closet to guests at a party by scent alone.

I also reported the case of Smelly Kelly, a subway sniffer for the New York Transit Authority for more than 34 years. It was his job to sniff out gas leaks. One time, an irate tavern owner accused the subway authority of allowing fumes from the tunnel to escape into his establishment. Kelley sniffed once around the barroom to localize the odor, climbed up on a chair, tapped a spot on the tavern wall, and announced, “Dead rats!”

You can probably improve your sense of smell if you concentrate on it but you may not get to be a good as your dog. Your pet has an advantage. Dogs have a snout.

Anthropologists have theorized that because primates lived in trees and developed a grasping hand as opposed to a clawed forefoot, sniffing became less important than good eyesight, As a result, the long snout with which other mammals explore smells on the ground was no longer necessary. As the snout shrank, the nasal barrier between the eyes decreased allowing the fields of vision to overlap. Thus the sense of smell, although still well developed, lost its importance in the apes and humans.

Fast forward to the future: Researchers are now working on a bioelectronic nose. In the Elsevier Journal Biosensors and Bioelectronics, scientists at Seoul National University constructed an artificial nose with sensors which can smell almost like humans. Manki Son and his colleague reported “We don’t have a system yet for the classification of smell; it all depends on the sensory system but they said “with our bioelectronic device we can systematically detect and label smells.

The group says they intend to develop a real human-like bioelectronic nose.

“In the human nose,” they postulate, “there are about 400 different olfactory receptors. If we could develop our technology to include all of these, we could have a device that could smell anything we can, at lower concentrations.”

Hear that Fido? Don’t turn up your nose yet: I believe it will be a long time before you can be out-sniffed.